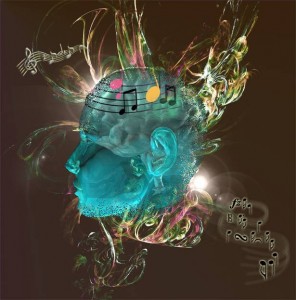 Everything is vibration and made up of energy at various frequencies. All things in nature vibrate to sound, light and color and sound frequencies effect everything about us.

The Sound (hearable or not to the human ears) has a great impact on our subconscious, on our brain and profound effects on our body, emotions and spirit.

We can feel it when hearing our favorite song or when we sit quietly and listen to the waves of the ocean. There is a palpable peace when we are absorbed in nature sounds, their natural flow of music have healing effects on us as they play a music our body resonates to feeling immediately at peace, balanced and whole.

Our body is not a solid mass despite what we commonly think, it is a melody of sounds combined by an orchestea, a melody that shaped the matter in this specific way. Sound healing works on the belief that the human body is not solid. Rather it is energy that is held together by sound.

Any disease therefore indicates that some sound has gone out of tune.

This may sound poetic but in reality is evidence-science based.

How exactly does sound work to heal us?

Sound healing is the practice of using sound to realize and correct imbalances in the body.

The correct vibrational frequencies can be used to heal and balance our bodies.

The science of Sound (aka Cymatics)

One of the most effective ways to change the energy field is through a science named cymatics. The Swiss Doctor Hans Jenny, M.D. of Basel Switzerland, was one of the first scientists to demonstrate how sounds literally works and shapes all forms. In the beginning of the 21st century, the fascinating experiments involved using sand, fluid or some other powder on a metal plate that was attached to an oscillator. An oscillator is essentially a vibrator, but his oscillator was controlled by a generator that was able to produce thousands of types of frequencies, some found in Nature, and others are created by man.

Powder on a metal plate, attached to an oscillator

By simply changing the frequencies on the oscillator, Dr Hans Jenny found that sand, or water or whatever substance he was using to create a visible medium for his sound, would transform quickly into incredibly harmonious ad beautiful shapes. These shapes displayed all the characteristics of divine geometry, and the higher the frequency, the more complex the shapes would appear to be.

Since all matter is just different frequencies of the collapsed wave, or quantum field, then we have the ability to create a different reality with sound.The sacred sound OM, for example, causes a certain frequency to imprint upon the ‘matter’ around it, and thus changes the energetic field.

Masaru Emoto was a Japanese researcher who demonstrated how human consciousness has an effect on the molecular structure of water and how positive or negative thoughts pollute or clear water through prayer and positive visualization.

Enjoyed the article? Sing up for more goodies like this