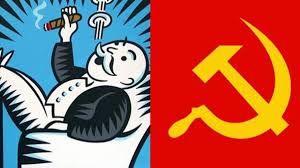 When I was 13, I landed with my first airflight ever into a place that looked like paradise.

Before that I was certain I was going to die and that this big flying machine that did an awful noise was some sort of people shredder for those who wanted to leave the “best country in the world” as a punishment, or a karmic fate sent by our Nation Father, Nicole Ceausescu- as many dreadful stories marked our collective and daily tales of those who tried to flee, I truly thought it was our turn-

I couldn’t have dreamed of such a place because not even on TV were we allowed to see how it really looked like in the West. The Great Socialist Republic of Romania was supposed to be “the best place in the word”. Mass propaganda was teaching us, the young generations, that we “the pioneers” lived & severed the best place on Earth. There was actually no comparison point to tell as a matter of fact, our tiny black & white TV was censoring any western content and was broadcasting 2 hours each day communist content, of each 1 was a talk of our ‘beloved’ Nation Father). My parents knew it wasn’t but for a child we grow up with this deeply anchored belief and learn to call the Leader our Father.

My idea of paradise was never so bold to imagine that we can see stores everywhere full of food every single where, with full shelves (seriously, 2 shelves was the max I grew up seeing and they were always empty), and several levels and escalators with different sectors and departments and no one was getting killed for taking them!

That was a shock of the West.

After landing, I was officially in another world and my eyes were first caught by the abundant food stores: ‘OMG, look people are not even fighting, they pass by and let you have them! You have all sort of packed food! And bananas! Like on Tarzan Film! and what are all these other weird colorful fruits?” I was so astonished.

“Look, no queues, no dying and screaming people, where are we, mum??!”

We landed in Switzerland.

My eyes were over solicited, buzzing everywhere like a kid at an entrainment park. There was so much, everywhere, that I almost fainted in the first supermarket we visited. I don’t know if it was out of emotional eagerness or lights, smell of plastic and conditioning air. Probably because of both.

I asked my parents for 3 skirts, 2 Tshirts and a few bananas because I never had bananas and they were such an exotic and unlikely thing to have outside Trazan’s jungle. They were delicious.

Later, we had dinner that night with my parents- I was so hungry. The table was full with different things ,ranging from vegetables, fried chicken, you name it! Never had I seen a table so abundant, or very rarely on special occasions and celebration back in my country. After tasting a bit of everything I stuffed myself with half a butter plate and 1 entire bread.

And that’s ALL I kept eating for my first months there. All the rest tasted like plastic to me, literally.

How can all be SO PRETTY and enticing and taste so bad? I “malnourished” myself like this for months with extra swiss chocolate (1-2. Plates per day) because frankly I couldn’t eat anything else.

I wasn’t complaining at all whatsoever. I was very content. But my parents somehow were worried for me. Honestly, I was ok with bread and butter. I grew up with having most of the days tea and bread, I didn’t feel a conscious lack of anything. My stomach was getting something and I was then free to play, learn and study. But couldn’t eat the rest out there.

We had arrived during summer and 2 months later, I entered main stream school directly – without skipping a class, luckily. At the 4 pm break, every kid had brought his/her own break treats. They unwrapped it in front of others and started to eat, while facing each other in the recreational space.

How weird. Do they play? Do they talk? Or they just sit there, eat and stare at each other? I was confused. I’m not used to look at someone’s eating. I’m used to sharing anything from play, to toys and food. So I asked a classmate if they could share they chocolate with me. The answer cut deep like a knife : “NO. Get you own!”

I was in shock. He was serious and holding tight to his treats.

With my neighborhood friends, kids on the block, living in the slams of Bucharest, we always shared our food with others. If I had a tomatoes (my regular 4 pm break treat), I’d give half of it to who asked for it. I had a football (very rare thing to own), I’d share it with a mate. As teens we were still doing that and adults were used to the same practice. We often had the door unlocked in the day, because unsafety was never an issue, we all knew each other and owned roughly the same things- and our neighbors used to knock and enter our house quickly, regardless if we were home or now, to leave some food on the kitchen table: ‘Here, we made this today, have some! See ya!”

That kid was surely not trying to be mean. He grew up like that. it was normal for him. Like for me the opposite was normal. But I took it very personal somehow, left me to be a wounded kid facing her first rejection slaps in in her first steps towards integration and friends making.

I discovered the concept of value based on what you wear and how you look in the days that followed. There was some called ‘brands’ that made you look popular or some ways of being or doing that were popular like smoking, bullying the awkward, doing drugs or having sex the earliest possible. I soon realized how wearing a uniform had been making me happy, accepted and equal and how having good grades was rewarded in the communist school back home, but bashed upon when I was praised by the teacher at any point –

I soon missed my empty-shelves paradise. My candle light homework days, my outdoors playing evenings with my mates in my holed un-branded shoes, my overcrowded birthday parties with those who popped from 10 blocks away by because they heard there was a birthday party (we never refused them, they had all the cake but it was ok), my cheering friends and their easy laughter and games imagination, my tasty tea and bread meals and school lessons that glued me to the teacher’s mouth.

I didn’t want to go to school anymore. My grades were going down the hill, following the same level trend of my school’s subjects & content & teacher’s competence.

I was in a class that was teaching English at a level of ‘I AM, YOU ARE, HE IS…” coming from a country where I was watching all English movies in subtitles. My English was surely at a conversational level at least, although German wasn’t and did nothing but tortured me more as it was pushed down our throat for 8 years – because it’s a local language so you didn’t choose. (Technically, Italian is as well, but it was never an option, learning it would have made my school days less haunting and less traumatic; my apology to all German speakers, I guess we all have languages we digest more than others).

I soon sank into depression. I had left my country as top-class student (decorated with the top medal reward) and here I was now, classified as incapable by the Class Main Teacher, stigmatized as amongst the last ones, and forecasted to never make it beyond a manual / apprentice type of profession so I ‘should resign and accept it’, advised my teacher to my parents during a school meeting.

“She needs to stop dreaming of university and higher education really, it ‘d be best for her if she accepted it.

Luckily my parents knew what was going on and how my brain was slowly dying, freezing and overdosing with 1th grade content in a 6st grade class level. They knew I was in the wrong school, in the wrong system, with the wrong teachers and their support was enough to make me rage through these painful years and not succumb to a fatal brain retardment.

A few decades later, my idea of paradise, democracy and freedom have certainly changed a great deal since my teenage years. Or let’s say that my expectations of what the Western Dream was or how it was sold to me by the Ultimate Dream of crossing to the West of adults, changed.

I look at Diaspora today around me, living in their golden cage, electricity & heat running through their houses, feeding their kids bananas, kiwi, mangos and other exotic fruits, cars parked outside the house, color flat TVs with over 300 channels, new shoes & smartphones every couple of year, in the ‘security’ of a more expensive type of prison for sure, but golden, shiny and impressive on the surface nevertheless.

Their hard & constant work is the only guarantee they will not end up homeless (which was never an occurrence during our communism – all people were provided with the minimum basic needs, no exceptions), so they slave away for a system of social status segregation, main stream schooling and main stream media that shape people’s minds to act in a certain way, to learn in a certain way, and to relate to others in a certain way, so that it keeps them forever chained to the ‘National Father Provider’ ,to a  Wizard of the OZ pulling the strings of Fear of precarity behind the curtains of DEMOCRACY, banks and corporations to make you see and want the gold, and believe you have included the opportunities, the safety and the freedom of a Great Democracy –

But in fact, before you die, you wake up and realize that the promise were nothing than a Sweet Dream of  Golden Cage promised in your lifetime in a pack of Lies.